Jean is a Director at Dingley Marshall Lewin Inc. and heads up the Property Law Unit. 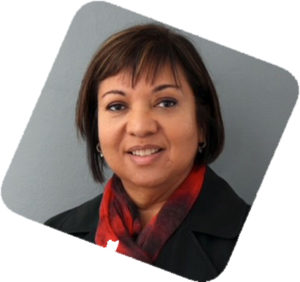 Jean has played a key role in advising property developers in both the Private and Public sectors to enable them to maximise tax benefits and reduce time frames in order to manage cashflows. She also has extensive working experience in the application of Township Ordinances and Town Planning legislation and has applied it to various Commercial and Residential Developments such as: Gated Security Estates; Office Parks; Industrial Parks; Commercial shopping malls as well as Renewable Energy Projects.

She has represented and supported clients through all the phases of proposed developments, including negotiating; conducting and preparing due diligence reports; interacting with the various members of the development professional team such as architects, town planners, quantity surveyors and engineers etc.; advising on contested issues involving local authorities and identifying potential objections to developments.

Jean has also acted for State Owned Enterprises by providing advice and input on the property related components of their businesses.

Jean has a BA LLB from the University of Cape Town having graduated in 1990. She commenced her articles at Sonnenberg Hoffman Galombik and was admitted as an Attorney and Conveyancer in 1992 and a Notary Public in 1993.

She practised as an Associate at Sonnenberg Hoffman Galombik from 1992 to 1993, was appointed a Senior Associate in 1994 and in 1995 she was became a Partner and continued to practise as such and as a Director in the merged firm of Edward Nathan Sonnenberg, until 2013.

Jean joined Fairbridges Wertheim Becker Inc. in 2015 and remained there until the end of 2020.

Jean also served as a member of the Property Law Committee of the Cape Law Society.

She currently is a member of the Competency-based Admission Examinations Panel of the Legal Practise Council of South Africa where she advises on national curriculum development, the setting and marking of the written examinations as well as the conducting of oral examinations for candidates seeking to qualify as Notaries Public.

Year of Admission as Attorney and Conveyancer: 1992

Year of Admission as Notary Public: 1993

Real change to the real estate industry: how does the Property Practitioners Act affect your firm?