Lucien Lewin became a Director at Dingley Marshall Lewin in 2017 and specialises in litigation law. 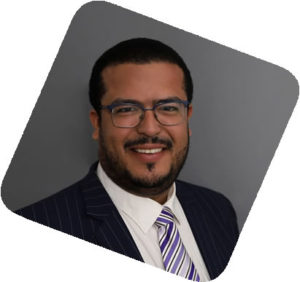 Lucien is a litigator who assists clients with high court and magistrates court litigation, as well as arbitrations. He has acted for corporations and individuals in a variety of industries, including the financial, agricultural, information technology, hospitality, property and health sectors.

Lucien completed his articles at ENS Africa and worked there as an associate thereafter, specialising in both high court and magistrates’ court litigation. After spending some time at ENS, Lucien decided to work as an in-house legal counsel, where he headed up the legal department of a multi-national fruit export and logistics group.

Here he was responsible for the legal management of the group of companies in Africa, North and South America, Europe and Asia. He was a member of the parent company’s Executive Committee as well as the Board’s Social and Ethics Committee. As legal manager of the Group, he was integrally involved in its business, having negotiated terms of agreements with third parties, managed international arbitrations, and assisted with the incorporation of new companies in Chile, Mauritius, Mozambique and South Africa.

Through this work, he learned the skill of merging his legal knowledge with the commercial realities of a dynamic global business, therefore allowing him to provide board and executive members of the Group with legal advice which took into account the commercial complexities of the business.

In addition to what has been stated already, Lucien also has experience in furnishing advice to contractors, developers and sub-contractors with regard to construction disputes, particularly in relation to the JBCC standard form agreements. He has also assisted various entrepreneurs by furnishing legal advice, specifically with regard to the management of the legal aspects of their businesses in an effort to minimise the risk of future litigation.

He has furnished advice to, and acted on behalf of, lessors and lessees with regard to lease disputes; bodies corporate and individual unit owners in relation to sectional title scheme disputes; shareholders and directors of companies in relation to company law disputes.

In his spare time, Lucien enjoys playing the trombone, running and spending time with his wife and three children.

Prohibited practices in terms of the Competition Act 89 of 1998